The Foundation works with contemporary Jungian authors to translate works currently available only in German into English, specifically for texts which have broad interest to therapists of many disciplines and the public. Support for these publications is made possible in part by the Arndt Family Fund. We are delighted to be able to support these publications.

Painting Therapy Based on Analytical Psychology of CG Jung

The Foundation is delighted to announce the 2022 publication of the English edition of Ingrid Riedel and Christa Henzler’s well-known book, Painting Therapy Based on Analytical Psychology of CG Jung.

Ingrid Riedel is an established author in the Jungian field and an honorary professor of the psychology of religion. She is a privately practicing psychotherapist in Constance, Germany. She is a frequent lecturer at the C.G. Jung Institutes in Zurich, Switzerland, and Stuttgart, Germany. Christa Henzler is a psychological psychotherapist and Jungian analyst in private practice in Constance. She is a lecturer, training analyst and supervisor at the C.G. Jung institutes in Zurich and Stuttgart. Father Otto Betler served as Translator and Steve Arthers as Editor. Both are Jungian analysts who practice in Germany and Switzerland, respectively.

Painting from the unconscious concerns something beyond producing “lovely”pictures or art. The goal of Jungian painting therapy is profound. Jungian painting enables the soul to express itself and to initiate the process of healing oneself through painting and the act of creating the image.

Based on ten impressive series of pictures, Ingrid Riedel and Christa Henzler maintain that the colors and shapes of a painting have a diagnostic function. They can clarify psychological problems. Painting from the unconscious is primarily a therapeutic process that engages with a personality’s creative self-formation and maturation.

Daimon Verlag, Switzerland published this paperback edition with 112 color plates. It is available online, at Amazon, and other bookstores.

Depending on the particular work, we consider two possible avenues for publication. Traditional publication of manuscripts is especially valued in texts with rich imagery as for example with CG Jung’s Red Book. For such texts, while a digital format is possible, print is the decidedly preferable medium.

Alternatively, digital publishing offers a wide range of material to larger audiences at a relatively low cost. In this context, special publications of both past and recent theses and symbol papers completed during analytic training can be made available to the larger analytic community. This program, however cost effective, often requires lengthy administrative work associated with the digital publishing process. 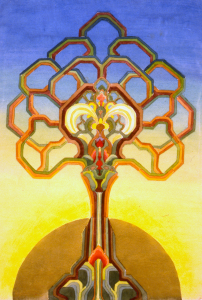